We’re back with another massive update to GrowRilla. New islands, new interesting locations and a lot of gameplay improvement (including one major balancing change). Make sure to read the full notes below to get all the details.

So let’s just jump into it.

We’ve heard you. Playing on the same map with the same stuff is bound to get stale after a while. We’re excited to finally introducing new islands to the game, all with unique environments, enemies, cuisine and places to discover.

A new fall themed map with plenty of farms and pumpkins.

This new winter map is just right for this time of the year.

Some content is shared across islands (e.g. the military is present on all of them), but they are still quite different from one another. We hope that you will enjoy discovering what they all have to offer.

Additionally to the new island types, we’ve also added bigger cities to the higher difficulties. These will offer more city blocks to randomly spawn and will increase the number of cities you can encounter. There are also some entirely new blocks as well!

As well as a bigger city, you can now also find new places of interest. Go and wreak some havoc at the military’s laboratory or a car factory. Or perhaps you’d always wanted to steal donuts from the local donut shop (which the police will certainly not appreciate). There’s also new grain towers and windmills, which you can find randomly near farms. 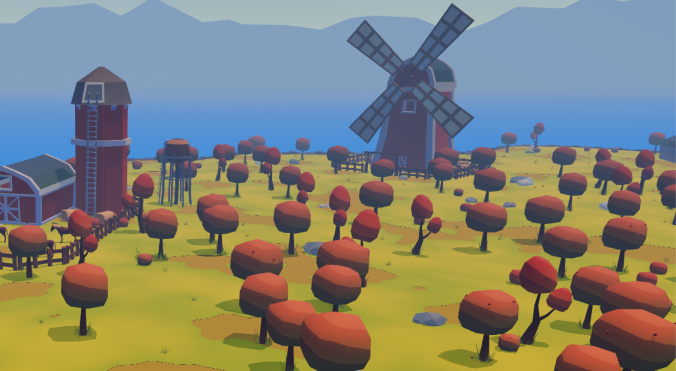 We also made a fairly significant change to the health system: we dropped the auto-regen health system for the player. This will obviously seriously affect the balancing of the game.

We originally liked our Halo-esque health recharge system. It was an easy way to make the game accessible. You may get smashed in the face if you jump into a hairy situation, but you’d still have a chance to run away and catch your breath. Unfortunately, we’ve noticed too many players abusing this quick recovery. We don’t want players to run into a heavily-armed base, smash a few things, run away and repeat. Players should not get a free pass for reckless actions.

The primary way to recover HP is by eating. It feels right. You can still recover health quickly, but it requires an intentional action, and you can’t keep feeding off one small area endlessly. We also added two new potions to pickup: a health potion and a regen potion (regenerates over time).

We’ve of course adjusted enemy damage accordingly and we think overall the balance of the game has improved significantly. Now it’s less “always being full hp and only dying when you’re getting one shot” and more “managing your hp as a Resource and planning your next move strategically”.

We’ve improved several aspects of the game that have been bothering us (and players too, thank you for your feedback).

Getting stuck under a tree: this was happening way too often. You’d eat an apple under a tree, grow a bit and get stuck. The “solution” was to duck down and pull yourself away but this was both unintuitive and pretty clunky. We’ve done two things: reduced the likelihood of food spawning under a tree and automatically push the player out from the under the tree if they get stuck. It’s the least inelegant solution we found (other options considered were “automatically ejecting the tree” and “disabling collisions temporarily”, but each of these introduced a slew of other problems).

Object pickup is easier: previously you could only pick up objects by aiming your palm at them or the outside of your arm (surprisingly many players hold their hands like this). We added another orientation: aiming your fingers towards an object. It’s a subtle improvement but it makes a difference. Combined with our intelligent prioritization of objects, picking up objects should more often do what you expect it to do.

Slope-Based Movement: we had this in an early build but disabled it at some point because it was simpler without it. But it’s been bugging us how it feels to walk on the roof of the barns and other buildings. Now when you move across the roof, you’ll automatically be pushed up/down based on the slope of the surface you’re on. We’re really curious if other players enjoy this. We feel it’s more consistent but it’s also potentially less comfortable for some players. We’d really love to hear your feedback on this point. This may eventually transform into a comfort option. Currently it’s enabled only for certain buildings (barn, farm, military barracks, some trees).

New Spawn Point in the City: we added a new spawning point possibility inside the city that occurs randomly if the map includes a zoo. It adds a nice little twist. We may add more of these in the future. 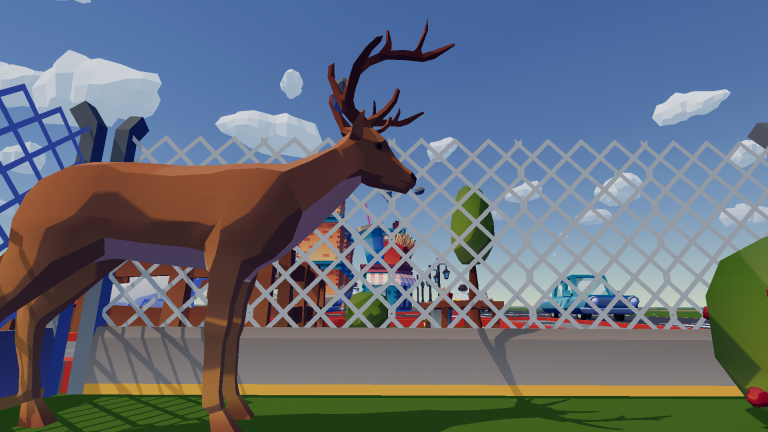 How did we get here?

Campaign Status and Next Update

Unfortunately, we’re still not quite ready to unveil the new campaign mode. We’re continuing to work on it in parallel to all the new content we’ve been adding. It’s starting to take shape and we’re kind of excited for its potential. We think it will really add depth and replayability to the game. We’re having a lot of fun coming up with new maps and goals. Here’s a small tease. 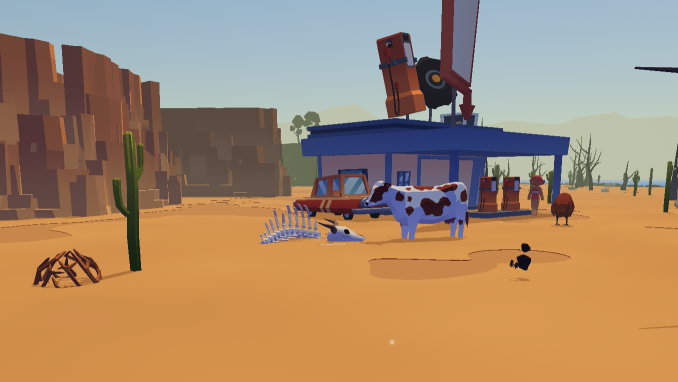 Another area we plan to improve in our next update is the Menu system. It hasn’t gotten much love since we first implemented it. It’s a bit clunky and there are clear and easy improvements we can make to it. We have just not focused on it because gameplay and content are/were higher priorities. But the menu will soon get some proper love.

We look forward to sharing these with you in our next update in February 2020.

As always, we’d love to read your feedback on this, how you feel the game plays with these changes and what other improvements you’d like to see.

And if you’re enjoying our game, we’d really appreciate if you could leave a review.